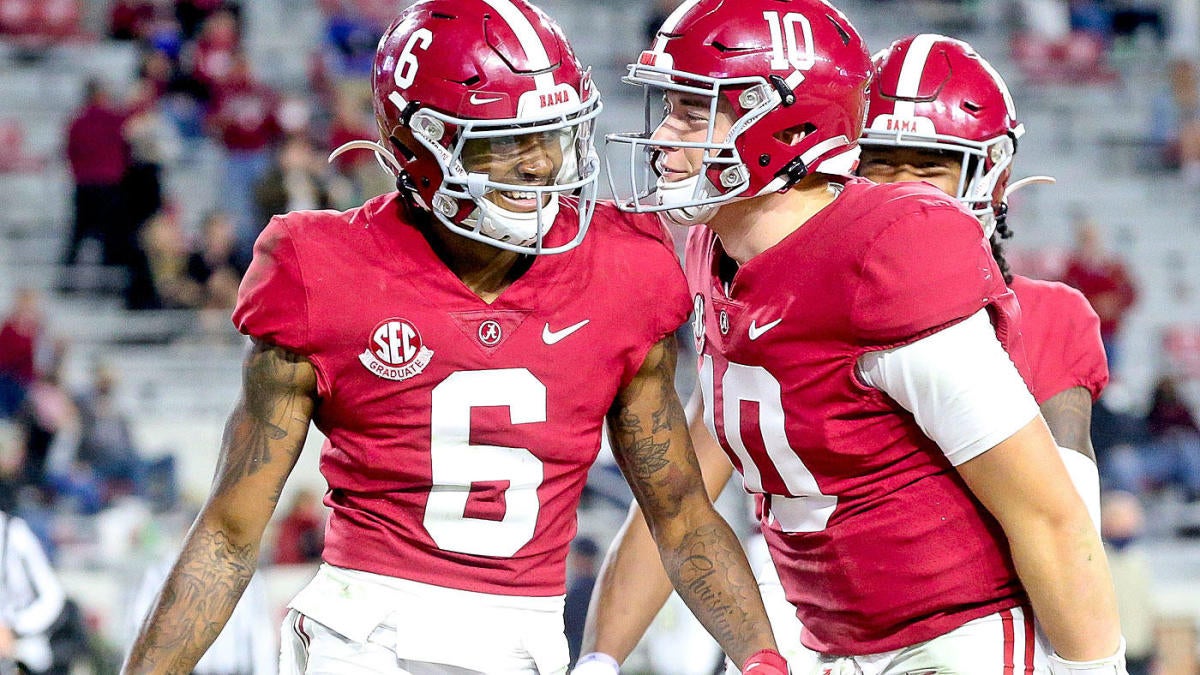 With no combine, socially-distanced pro days, a bushel full of good-but-not-great prospects and a lot of information not out there for the general public (and maybe even for some teams), this year’s draft hits different. Throw in the later-than-usual draft dates, and it’s clearly a stranger variation.

Not that any of it has done anything to slow down interest. Fantasy managers cannot wait to see where the best players in the class end up. Better yet, there’s a realistic chance that everyone drafted in the top-10 will be from the offensive side of the ball. There will be major Fantasy ramifications.

But before we get to enjoy Roger Goodell getting booed in front of a live audience again, I thought it would be a good exercise to rank the best and worst destinations for each prospect who might get picked within the first 40 selections. The focus of these choices will go beyond 2021 since several players might end up being part-time players until they get the chance to play regularly. Plus, franchise futures change from year to year … except for the Jets because they pretty much stink every year.

Urban Meyer’s offense is suited nicely for Lawrence, who ran a spread system in college. That should flatten his learning curve and make him an impactful Fantasy quarterback. As good as, say, Justin Herbert was last year? Perhaps so, especially if the Jags add another interesting pass catcher and don’t do too much to improve their defense.

Wilson’s been linked to the Jets all spring, but it’s a tough spot for him. Without a decent veteran quarterback, Wilson will have to start right away in a new offense with a new play-caller, sketchy receiving corps and offensive line. If he somehow wound up with the 49ers, he might not have to play right away and would run plays from Kyle Shanahan with a solid receiving corps behind a terrific O-line. We could dream.

Denver’s a great spot for any quarterback to land because the competition for the starting job isn’t that tough. The receiving corps is deep, the offensive line is pretty good and the coaching staff is grizzled but proven. Fields’ accuracy and mobility would be difference-makers for the Broncos whereas in Detroit he’d have a much weaker group of pass catchers and a coaching staff that doesn’t really evoke confidence in developing quarterbacks.

Lance is the most raw and untapped quarterback in the draft, so it would make sense for a franchise to take its time with him. He’s got a lot in common with Cam Newton, so having him as a mentor and Bill Belichick as a coach would make for an incredible duo to learn from. It’s a full 180 from Philadelphia, a team with a fresh first-time coach and a quarterback already on the roster who needs some refining.

The Saints’ 28th overall pick, their 2021 second rounder and their 2022 first rounder should be enough to get them into the top 10 if Jones were to somehow slip on draft day. He’d fit marvelously with Sean Payton, who thrived for years with a smart and accurate pocket passer in Drew Brees. Denver wouldn’t be so bad since he might end up starting sooner than later, which is also the case in San Francisco. The Lions would be a bad spot since he’d have to wait to play and wouldn’t have very good talent around him when he did get on the field.

The Falcons would either have to trade down from fourth overall or trade up from 35th overall to get a shot at Harris, considered by many to be the draft’s best all-around back. He might remind coach Arthur Smith of Derrick Henry with his punishing style, but Harris’ hands are better. Atlanta’s offensive line did a better job run blocking last year than those of Pittsburgh and Miami, both graded in the bottom three by Pro Football Focus. Buffalo might be a good landing spot for Harris, but the offense would still flow through Josh Allen, just not as much as last year. Harris wouldn’t get as many touches as we’d want, and Allen wouldn’t either. Lose-lose.

Etienne was utilized more as a zone-scheme runner and “air back” at Clemson. The Dolphins did a lot of both concepts last year. Etienne would be an instant upgrade to the offense and would theoretically overtake Myles Gaskin as the most likely running back to get 60%-plus of the playing time. Etienne might see similar snaps with the Jets, though that coaching staff is cut from the same cloth as the 49ers, who rotate as many as four running backs per game. We wouldn’t be able to count on the same workload for Etienne in New York, and playing with a rookie quarterback wouldn’t make the process any easier.

Williams was a little bit better as a power runner than zone runner at UNC; the Steelers definitely use both concepts but like to be a little more physical up front. Plus, coach Mike Tomlin has always preferred to lean on one back — Williams doesn’t quite have the same wear and tear on his legs as others in the class, plus he’ll have just turned 21 after the draft. Jacksonville, which has four picks in the top 50, might be in the market for another back to pair with James Robinson. This would be bad for Williams, who is probably sick of sharing the workload.

Reuniting with Joe Burrow would feel so good. Cincinnati doesn’t necessarily need Chase, but he’d give the Bengals a dynamite receiver for the next 10 years, kind of like what they had with A.J. Green. And the Lions might be a good spot for Chase eventually, but being wedged into the No. 1 receiver role as a rookie with Jared Goff throwing at him could end up being very frustrating in 2021.

Not that the Dolphins are about to become a passing hot spot, but Waddle could overtake Will Fuller and DeVante Parker for the top target role before the end of 2021, and then keep it for years. Linking up with Tua Tagovailoa again wouldn’t hurt things. In New York, Waddle would have to deal with more than just Daniel Jones. Kenny Golladay and Sterling Shepard will command targets for more than just one year. Golladay signed a four-year deal and Shepard still has three years on his contract.

The Eagles have some intriguing receiver talent, but Smith’s masterful footwork and hands would be a much-needed boost for Jalen Hurts and the offense. Imagine a savvy receiver who’s always where he’s expected to be to help Hurts move the chains? Plus they were teammates at Alabama for two years. There isn’t really a bad place for Smith to land but if he somehow slipped to New England he’d have a hard time finding very good numbers in 2021 with uncertainty over who would throw him the ball in 2022.

Thanks for signing up!

Keep an eye on your inbox.

There was an error processing your subscription.

We’ve waited two years for the Packers to add an impact receiver. Toney would give this offense a crazy jolt of speed, forcing defenses to adjust how they play. Aaron Rodgers would love it, as would Fantasy managers. The Ravens have two late first-round picks and could address the receiver position with one of them. Toney wouldn’t see a ton of targets there and has overlapping skills with Marquise Brown. He might push safeties away from the line of scrimmage but he wouldn’t help Fantasy fans.

The Jaguars may use one of their four top-50 picks on a receiver who could grow and develop alongside Lawrence. Bateman is a polished, quality receiver with good size, great hands and juuust enough speed. The Bears may view Bateman similarly as a receiver who could morph into a reliable offensive weapon, but he’d be behind Allen Robinson this year and then who knows what their offense would look like next year.

Pitts is considered the best tight end prospect in years, so pairing him with a good quarterback in a progressive passing offense makes good sense for Fantasy. The Falcons make perfect sense for that. If Julio Jones gets traded, the landing spot gets even better for Pitts since more targets would become available. And it’s not like Pitts would flat-out stink if he landed in Carolina or Detroit, but both places have quarterback questions and in the case of Carolina he’d have to share targets with Christian McCaffrey, D.J. Moore and Robby Anderson for at least one year if not several more.