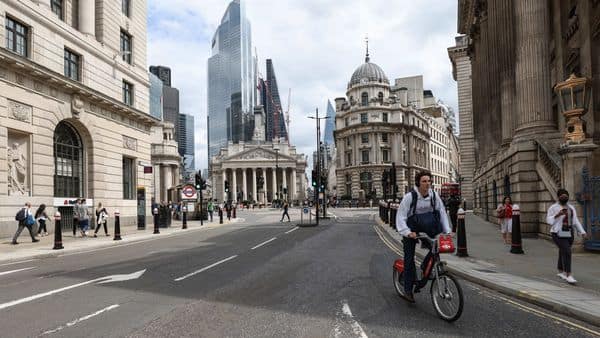 A recent study, conducted by a British company that analyses higher education institutions across the globe has listed out the world’s best student cities.

According to the QS Quacquarelli Symonds 2022 ranking, London has emerged as the best city for international for the third time in a row.

In the QS report, Munich stood on the second spot as the second-most-best city in the world for students, while Seoul and Tokyo ranked third.

Munich has surpassed Germany’s Berlin, climbing from fourth in the previous list to second. It chalked up an increase in the desirability, employer activity, and affordability rankings.

On the other hand, South Korea’s capital Seoul has jumped from the 7th spot and is now considered to be the joint third best student city in the world. Moreover, Tokyo maintained a place in the overall top three and ranks as the most desirable place to study for students.

Germany’s capital Berlin has stood 5th in the list of the world’s best cities for foreign students. According to QS, the city scored highly in the Student View indicator with a high quality of living, affordable costs, and a liberal atmosphere.

Australia’s Melbourne, which has fallen three places since 2019, has now bagged the 6th spot in the latest QS ranking.

Zurich (Switzerland) and Sydney (Australia) have ranked 7th and 8th among the world’s best cities for students.

On the other hand, Paris, Montreal (Canada), and Boston (US), ranked 9th in the latest QS ranking.

According to the rankings, Montreal boasts world-class education – it’s home to several of Canada’s top universities – and a friendly student environment.

While Boston is the new entrant in the top 10, rising from 13th in the previous rankings to tie with Montreal and Paris. The Boston area is home to Harvard University and the Massachusetts Institute of Technology (MIT).

The QS Quacquarelli Symonds looked at a range of factors including its own university rankings, safety, and affordability. And it collected the views of more than 95,000 prospective and former students to gauge desirability and consider actual student experiences.

* Thank you for subscribing to our newsletter.

This website uses cookies to improve your experience while you navigate through the website. Out of these, the cookies that are categorized as necessary are stored on your browser as they are essential for the working of basic functionalities of the website. We also use third-party cookies that help us analyze and understand how you use this website. These cookies will be stored in your browser only with your consent. You also have the option to opt-out of these cookies. But opting out of some of these cookies may affect your browsing experience.
Necessary Always Enabled
Necessary cookies are absolutely essential for the website to function properly. This category only includes cookies that ensures basic functionalities and security features of the website. These cookies do not store any personal information.
Non-necessary
Any cookies that may not be particularly necessary for the website to function and is used specifically to collect user personal data via analytics, ads, other embedded contents are termed as non-necessary cookies. It is mandatory to procure user consent prior to running these cookies on your website.
SAVE & ACCEPT