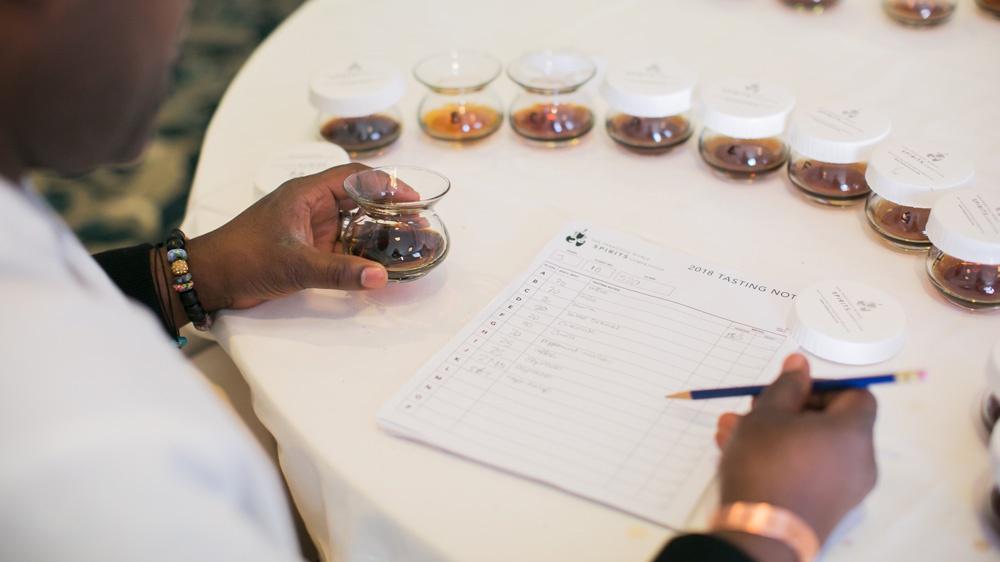 Each year, the San Francisco World Spirits Competition (SFWSC) receives over 1,000 whisky entries in its spirit judging. In 2021, it received 1,276 to be exact.

The competition is the second oldest in the world, after only the International Wines and Spirits Competition and the oldest and largest in the US. It’s judges are considered world class and its medals and awards ranked among the world’s most prestigious.

The winner of the Best in Show Whisky is the Glen Scotia 25 YO expression. For a more in-depth look see The World’s Best Whisky According To San Francisco World Spirits Competition.

The SFWSC judges whiskies across 31 different categories. Scotch whisky is covered in nine separate categories, while American whiskeys range over 13 different categories. World whiskies, including Canadian, Japanese and Irish, are broken down into nine additional categories. The winners are an eclectic mix that includes some well-known names, as well as unknown, undiscovered gems.

Glen Scotia 25 YO won the Best Distiller’s Single Malt Scotch 20 YO and older category and, as noted above, also won Best in Show Whisky.

The Best Independent Merchant Single Malt Scotch went to The Scotch Malt Whiskey Society’s (TSMWS), Cask 46.104 Turn Me Inside Out. The Society does not disclose the origin of the casks, using a numerical code instead. The number to the left of the decimal designates the distillery and the number to the right the particular batch. It’s all supposed to be a secret, but it really isn’t. The number 46 designates whisky sourced from the Glenlossie distillery in Elgin, part of the Speyside whisky producing region of the Scottish Highlands.

The Best Tennessee Whiskey was won by Uncle Nearest, 1820 Premium Single Barrel Whiskey. The brand has won an impressive list of awards from some of the most prestigious spirit competitions over the last year. If you haven’t tried this whiskey yet, don’t wait any longer.

The Best American Blended Whiskey went to High Bank for its Whiskey War Barrel Proof, while Best Craft Distiller Whiskey was awarded to Canyon Diablo Spirits for its John Shaw Single Malt Mesquite Smoked Whiskey. Mesquite marries exceptionally well with whiskey. Mesquite smoked whiskies could become the American equivalent of peated Scotch whiskies. The Best Flavored Whiskey award went to Ugly Dog for its S’mores Kentucky Bourbon Whiskey – a must have whiskey for next time you are planning an adult only campfire.

In the World Whisky category, the top Canadian Whisky is Canadian Club’s Chronicles 43 YO Whisky. This is one of the oldest Canadian whiskies ever bottled, and is part of a series of ultra-aged Canadian whiskies being bottled each year by Canadian Club. The top Japanese whisky award went to a relatively unknown distillery, Matsui, for their Kurayoshi 18 YO.

Ireland was once covered with oak trees. Its extensive oak forests were largely cut down to provide timber for the Royal Navy. Many of the Royal Navy’s ships were built with Irish oak. In recent years there has been an effort to restore Ireland’s ancient oak forests. Midleton, part of Irish Distillers’ family of Irish whiskey brands, was the first producer to finish a whiskey in Irish oak casks.

The Best Other Single Malt went to King Car Group for its Kavalan Solist Oloroso Sherry Single Cask Strength Single Malt Whisky. The Best Other Whisky Award went to South African producer Distell for its Three Ships 5 YO Whisky. South Africa is an underappreciated whisky producer that has been racking up an impressive list of awards in international competitions.

These are all outstanding whiskies, a testament to the quality and range of modern whisk(e)y production. Some have limited availability in the US, so if you want to taste the best of the best, you better grab them while you can.